“I Owe Everything Good in My Life to Habitat for Humanity”

The Jeremy Bonus story began like many others. As he transitioned from boy to man, he found himself working long hours for little pay. Living with his wife in one tiny room in the home of his in-laws, Jeremy learned that the room in question was about to get a lot tinier – he was going to be a father.

Same amount of room with another family member to house. Same amount of pay with another family member to feed. Jeremy needed to come up with an idea, and he needed to come up with it quick. His first thought, and his perceived only option, was to look into purchasing a mobile home. His stepfather, however, had another idea. He had known some folks who had volunteered for Habitat for Humanity, so he suggested Jeremy contact the Washington County affiliate to see if they might be able to help.

It was at that moment that the Jeremy Bonus story came to a crossroads – he could take the more commonly travelled road and purchase a mobile home, or find out whether or not Habitat for Humanity might provide him with a second option. Jeremy decided to take the road less traveled and contact Habitat, not knowing that it would make all the difference. “I decided to follow my stepfather’s advice, and that decision forever changed my life for the better,” said Jeremy.

Jeremy and his wife, April, applied and were soon selected to be a Habitat partner family. As part of the requirements to be offered a property, partner families must invest “sweat equity” into the construction of other partner family homes. It was while Jeremy was fulfilling a portion of that requirement that he realized providing his family with a home of their own might not be the only benefit to be derived from partnering with Habitat. 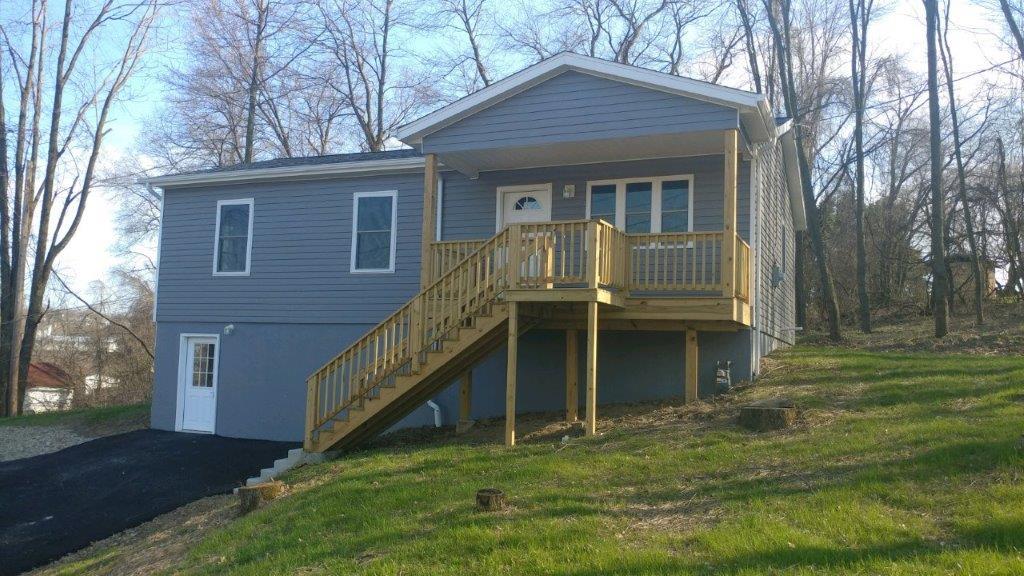 “While working on a Habitat project in Burgettstown, I realized that not only did I enjoy and learn a lot in helping to build the house, I also had some skill in doing so,” stated Jeremy. With this newfound knowledge in tow, Jeremy set out to join the carpenters’ union. After passing the necessary tests, he was accepted into the union and, in so doing, left minimum wage behind.

“It was almost unbelievable what was happening,” said Jeremy. “One minute my wife and I are living in one little room and scrimping by on very little money. The next, I’ve got a three-dollar-an-hour raise, and we are about to move into a new home with a zero-percent interest mortgage,” he added.

Jeremy next put his ever-improving carpentry skills to work on his own house, which, as fate would have it, was located just up the street from that tiny room in his in-laws’ home. In November of 2003, Jeremy, April and daughter Ariel moved into their new home. A couple of years later, April gave birth to a son – Eli - and the Bonus Family version of the American dream was complete.

“Had we not partnered with Habitat, we would probably just now be looking at being able to purchase a home of our own. My children probably would not have grown up in the safe and stable environment that owning your own home provides, and I probably wouldn’t have just completed my twelfth year as a carpenter,” declared Jeremy.

After a moment of reflection, he then added, “I owe everything good in my life to Habitat for Humanity.”