To promote the distribution and installation of electronic devices to afford protection and an alarm system for abused children.

To promote the distribution and installation of electronic devices to afford protection and an alarm system for abused children.

With the Touch of a Button

Although his eyelids were heavy, his burden was heavier. As nightfall approached, his fear made him restless, and his only thoughts were of protecting his mother while she slept. What if their abuser found them? He never felt safe. It was no way for an eight-year-old child to live.

Abuse leaves many scars. There are those visible to the eye and those that are not. Victims may flee from their abusers, but without the right support, the fear that has been created can never leave their minds.

Working with the Washington County Child Protective Services Unit, Watchful Shepherd provides special alarm systems comprised of electronic monitors and wrist bands to at-risk families and child victims. Should a crisis arise, users can quickly and easily send for help with the touch of a button. It is a service that is available 24 hours a day, seven days a week. 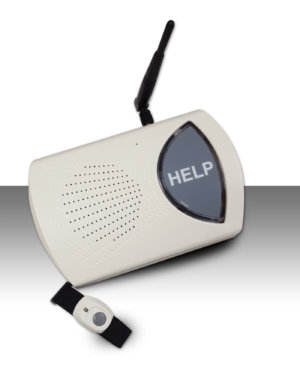 A single mother of three, who was haunted by years of abuse, recently reached out to Watchful Shepherd to relay how this tool has helped to give her family peace of mind. Prior to receiving their devices, she and her eldest son had many sleepless nights, terrified their abuser would "sneak into our home and hurt us all again."

"Within a week, I could see a change in my son. He began falling asleep with more ease and less worry on his face . . . I have to admit that I was finally able to feel safe. I knew if my ex would come back, the police would be notified right away and be at my home in minutes . . . Although the abuse we suffered can never be erased from our memory, my family was introduced to a wonderful program that helped to take the extra worry away. We were given the opportunity to live in less fear."