6   people have liked this story. 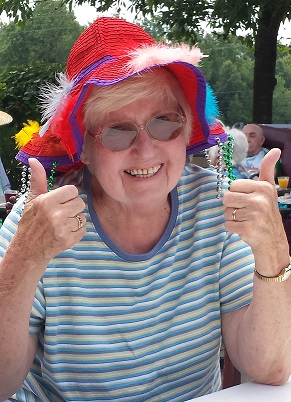 Betty Papp lived a very healthy lifestyle. She didn't smoke or drink. She always took care of her body by exercising and eating right. She had always tried to live her life to the fullest. Betty had done everything she could to take care of herself so she could take care of her family. Nothing was more important to her than her three children. Cancer never ran in her family so she never considered the possibility that she would ever develop it.

That changed, however, when at age 42 she was first diagnosed with stage one breast cancer. "When I first had breast cancer, I wasn't really sure what to think or how to feel," said Betty. "I remember my doctor telling me it was a good kind of cancer, one that would require just surgery with no treatments."

Betty had proceeded with the surgery, everything seemingly gone smoothly. 21 years later at age 63 though, she was diagnosed with breast cancer for the second time in the same area. This time, it was stage two and more dangerous than before.

Betty had to have a total mastectomy. After her surgery, she had to undergo four treatments of chemotherapy while having two weeks of radiation treatment. It was one of the worst times of her life, where she became extremely depressed.

"Just fighting this disease and not knowing if I would ever see my children again was a very frightening experience," Betty said. "I wanted to be strong for my children, but it was difficult fighting for my life every day."

As Betty continued her fight, she found solace in her local American Cancer Society program. She became a part of one of their numerous support groups. It was in this support group where she would find hope.

It wasn't just the cancer that took a toll on Betty. It was the effects that the treatment had on her body as well. Chemotherapy had caused her to lose all of her hair. "It was embarrassing losing all of my hair," said Betty. "I felt like less of a woman. I just asked why this was happening to me."

The support group helped her to find specialized clothes and a wig that she could wear. "It was these little things they helped me with, I was really grateful for," said Betty. "They cared about the small matters that affected how I felt about myself and helped me maintain a positive mindset."

"I will always be thankful for the huge role that the American Cancer Society played in helping me win my battle with breast cancer," said Betty. "They were my rock and emotional support when I was beginning to lose hope. They made sure I kept fighting."