Transitioning Through the Continuum of Compassion

67   people have liked this story. 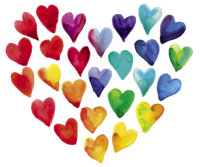 When Tressa Roupe moved to Bellmead Apartments in 1996, she could not have known that she would live the last 21 years of her life in a series of Presbyterian SeniorCare Network communities. But at age 72, she began to experience episodes of falling. After one fall left her with a broken arm, doctors discovered she had a heart condition and implanted a pacemaker. It was then that her youngest daughter, Sandy Dorsey, helped her move to Bellmead Apartments, the Presbyterian SeniorCare Network supportive housing community in Washington.

Tressa lived at Bellmead for six years until she fell again, breaking a hip. Following surgery, she spent three months in rehabilitation at the Southmont skilled nursing center on the Presbyterian SeniorCare Network campus in Washington. "We realized she shouldn't live on her own anymore and applied to Southminster Place, the personal care community on the Washington Campus—which was the best move we've ever made," Sandy says.

In the first few years she lived at Southminster, Tressa used her savings to pay for her care, but over the years her funds were depleted and her social security benefits, combined with her husband's VA benefits, could not cover all the costs. "We knew from the outset that my mother might outlive her funds, but we were told that every effort would be made to keep mom there if that happened."

Sandy says that knowing she wouldn't have to move her mother to a different place was a huge relief for both her and her mother, who was experiencing dementia and mini-strokes. "Having her comfortable in her surroundings and getting the best care—that meant the world to me," she says. Because Tressa lived for more than 10 years at Southminster, she ended up needing help from the SeniorCARE FUND after her savings were gone.

In April 2017, just shy of her 93rd birthday, Tressa passed away peacefully. Although the loss is difficult, Sandy takes consolation in knowing her mother passed in the comfort of her own room, surrounded by the voices of compassionate caregivers.

About the SeniorCARE FUND: The SeniorCARE FUND offers benevolent support to residents of Presbyterian SeniorCare Network care communities who outlived their resources and no longer can pay for their care.