Providing opportunities to everyone in the community by putting Christian values into practice through facilities, programs and activities that build healthy spirit, mind and body. Programs and memberships are available to all persons regardless of the ability to pay.

Providing opportunities to everyone in the community by putting Christian values into practice through facilities, programs and activities that build healthy spirit, mind and body. Programs and memberships are available to all persons regardless of the ability to pay.

11   people have liked this story. 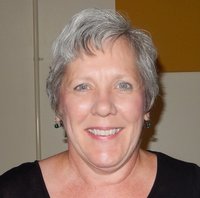 After surviving her battle with uterine cancer, Ruth Crothers, 56, of Monongahela has taken control of her health with the help of the Mon Valley YMCA.

Ruth was diagnosed with uterine cancer in January of 2016. She has been in remission since having a hysterectomy in April of 2016 and her recovery continues. Having gained weight during her bout with cancer, Crothers decided to go back to the Mon Valley YMCA where she had previously been a member.

"My daughter brought me Dairy Queen every day all summer while I was going through chemo and radiation," Crothers said, with a laugh. "I gained like 25 pounds, but I didn't care. That wasn't the priority. There was a whole year of my life devoted to getting better. I knew I'd get back in shape again."

In January of 2017, Crothers made a pact to lose weight with her friend, Pat Wilson. They decided to join the YMCA as opposed to another gym.

"It's just a nice environment…I like it up there," said Crothers. "I've gone to lots of gyms over the years. The Y has a nice little neighborhood feeling to it."

Since February, Crothers has been consistently exercising at the YMCA as well as eating healthily.

But Crothers has gotten more than health benefits from attending the YMCA. She has built relationships with other members.

"I went to pay one day and my good friend had paid my membership that month along with [giving me] a beautiful card," said Crothers. "Cancer can be quite an expense and she knew how important this was to me. I am so grateful that the Y and my friends are here for me."