29   people have liked this story. 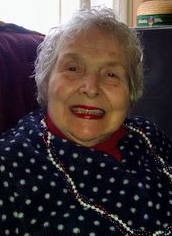 Helen Crunick loves when she sees a baby when she is out and about in Washington County.

The former Chartiers Houston School District teacher always stops to ask the parents of the baby if they received a Baby Book Bag from the Literacy Council of Southwestern Pennsylvania. Normally, the answer is always "yes," and that "thrills" Crunick.

"Seeing the Baby Book Bag, I know that the seed was planted and it will grow," Crunick said. "People love it and hopefully it's helped to eradicate literacy around the world in different ways. Read, talk, sing to your baby. They've gone to many other hospitals, not just in Washington. If you can't read in this world, the world is pretty much shut down for you."

Crunick, who turned 88-years-old in May, started as a board member with the Literacy Council of Southwestern Pennsylvania in 1988 and initiated the Baby Book Bag program in 1994. The program gives a bag of books to the parents of newborns at the Washington Hospital. However, the program has also gone global, with bags distributed around the world as well.

"If anyone is traveling, we always try to give them a bag so they can leave it with someone who can spread the word," Crunick said. 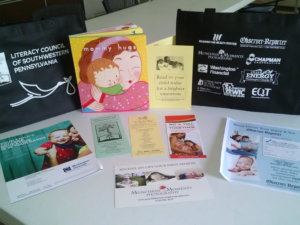 Crunick said the program was originally funded by the Observer Reporter and Chapman, who still continue to fund the program as well as many others. The names of the sponsors are printed on the bag.

"It's a very popular part of the literacy council," Crunick said. "They never have a problem getting money to fund it because people are amazed about what it can do."

Crunick said that the idea first came about after she sang and read with her daughter when she was expecting her first two children. Crunick's first grandchild plays the violin while her second grandchild plays the flute and the harp. She then talked to a professor at the University of Pittsburgh who explained that the brain is sensitive to sound from the fetal stage to the first three months. Afterward, the brain shuts down, so parents are encouraged to keep talking, reading and singing to their children.

"I was just captivated by this, and with the Literacy Council, I started giving newborns at Washington Hospital a baby book bag, explaining the importance of stimulating the brain of the newborn child," Crunick said. "There have been thousands of bags that have gone out. We plant the seeds."

Crunick said that for the rest of her life, she will continue to spread the message of reading and talking to newborn children. She wants everyone to understand the importance of being literate and keeping the brain stimulated.

"I can talk about art, music, politics, and finance, and that is because I read," Crunick said. "I just know how important it is and I try to spread that message to anyone."