Raises funds to enhance, improve, and repair various park assets to keep pace with the growing needs of the Canonsburg community. The organization has built pickle ball and basketball courts, maintained the pool and softball fields, and offered the free Concerts in the Park series.

Raises funds to enhance, improve, and repair various park assets to keep pace with the growing needs of the Canonsburg community. The organization has built pickle ball and basketball courts, maintained the pool and softball fields, and offered the free Concerts in the Park series.

39   people have liked this story. 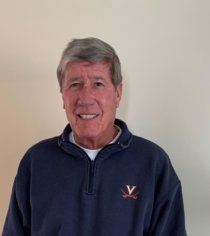 When I hear the word "pickle," I don’t think sweet or dill. I think of pickleball. You might say I’m a pickleball fanatic. Despite being a physical education teacher for 37 years, I had never heard of pickleball until five years ago when a friend asked me to play for the first time. I fell in love with the sport. Little did I know it would change my life.

On my way home from my first game, I decided our community park needed pickleball courts. I prepared a proposal for the Borough of Canonsburg, Park Board, and Friends of Canonsburg Park to transform a parking lot into four courts. They agreed and the Friends purchased a portable net system in support of our effort. One portable net located on a parking lot, nestled among trees in view of passing walkers and cars, led to increased community interest in pickleball.

Although the parking lot served us well, the vision for permanent courts became my goal. I approached the Borough of Canonsburg requesting funds for the project. Despite its general support, the Council was unable to allocate funds due to budget constraints. However, they granted permission to proceed with my vision and offered a beautiful location if we could finance the project.

The challenge was on! I began writing grants and created naming rights based on Olympic gold, silver and bronze. Former Canon-McMillan athlete, Bill Schmidt, competed in the javelin during the 1972 Summer Olympics in Munich, Germany and won a bronze medal. He appropriately requested the bronze court. The silver honor went to Silver Creek Services. The gold court was named the Velma Jeffrey’s Youth & Activities Trust. Without these generous donations, we would still be on a parking lot. Our original group of 16 players grew quickly and everyone jumped on the bandwagon for permanent courts. We established the Canonsburg Pickleball Club and raised $65,000 in little over a year. The Mixed Bags Designs fundraisers, personal donations from club members, and community support exceeded our expectations.

The following year we dedicated the complex to the park. The courts have generated new life in the park. Residents of all ages are enjoying an active lifestyle because of a few volunteers’ visions for permanent courts.

The Friends of Canonsburg Park believed in my vision. The courts would not exist without their permission to seek donations using their non-profit organization. I became very active with the Friends volunteers who strive to preserve the history and enjoyment of the Park. In the past five years, I have been involved in various projects to improve the park and have encouraged club members to become active members of the Friends.

My life definitely has changed. When someone sees me in the community, they often greet me as Mr. Pickleball. It’s hard to imagine what it would be like without pickleball and the Friends. Our club effort is greatly appreciated. I hope that someone will step up and continue to maintain the courts and Friends of Canonsburg Park for the next generation. I enjoy that responsibility for the time being. It’s sweet to be able to play pickleball in my home town. David Douglas McKenery is off to play pickleball!