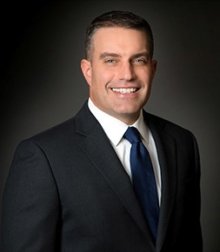 In early 2018 the Washington Area Humane Society was in the beginning stages of planning for construction of their new facility as well as starting a capital campaign. Kelly Proudfit, Executive Director of the society was tasked with building a group of volunteers to serve on the construction committee.

Kelly began reviewing donors and members of the humane society who showed a history of support. Being new to the position she did not have a long list of supporters or volunteers she was familiar with. Kelly learned of a society member named Shawn Modar who supported WAHS financially through membership for a number of years. Kelly learned through Google that Shawn was Vice President of the Rhodes Group in Pittsburgh which is a construction consulting firm. Kelly reached out to Shawn to see if he would consider serving on the construction committee. From the first phone call, Shawn jumped onboard enthusiastically and has been a positive force ever since that day.

Shawn not only attended just about every single construction meeting WAHS had for over 15 months, but he also worked on average eight hours a week on the project on his own time. Rhodes group backed his participation and supported his efforts by attending our large fundraising events. Shawn’s expertise and knowledge of the construction arena helped facilitate some difficult situations which ended with a positive resolution. Assisting in contractual review and language, oversight of payment applications, creating weather analysis reports, compiling statistics for project completion, and helping review the status and quality of the project are just a few examples of how he assisted WAHS. During the process WAHS will forever be thankful for his wise counsel and support.

In addition to the hours of construction committee volunteer time, Shawn also made huge strides for the animal enrichment programming at WAHS. Shawn committed to a substantial donation that helps support dog training enrichment resources. This financial commitment has made such a huge difference in the outcomes for many dogs at the shelter. WAHS used portions of his funding to help employ a dog trainer and we participated in an amazing enrichment program called “Dog’s Play for Life."

As construction wrapped up and we began our efforts to move into our new space, Shawn spent hours putting together the new Kurunda dog and cat beds. He also assisted in putting together lockers for the staff break room and shelving for the vet technician area. His eye for detail and patience were invaluable to making our move into the new space a success.

Shawn always is eager to help and has been a positive, professional person to work with. The Washington Area Humane Society is blessed that Shawn stepped up and made such a huge impact in so many ways that will be felt for decades to come. As a thank you to Shawn and the Rhodes group, WAHS will be putting plaques on the outside play yards this spring in their honor. Shawn was also included in the ribbon cutting ceremony for WAHS.