To raise funds to support affiliated organizations which provide services to intellectually and physically disabled people.

To raise funds to support affiliated organizations which provide services to intellectually and physically disabled people.

A Place for Hendrick

14   people have liked this story. 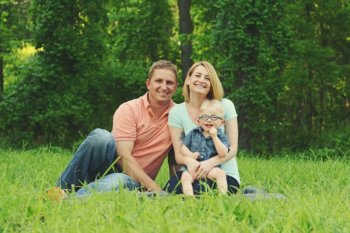 When Andrew and Erin Jinkens learned they were going to have a child, as most young parents, they were very excited. When Hendrick was born they were all prepared to welcome this new addition to their family. However, six months after Hendrick's arrival he began to experience seizures and there were some developmental delays. When he was eighteen months old, the Jinkens learned he had Angelman Syndrome. Angelman syndrome is a neurodevelopmental disorder characterized by severe intellectual and developmental disability, sleep disturbance, seizures, jerky movements, frequent laughter or smiling, and usually a happy demeanor.

Although this was far from what they expected, the Jinkens began to prepare themselves for a life far different than they had planned. As her maternity leave was coming to an end, Erin was preparing to quit her job and give her full attention to the care of Hendrick. The average day care is unequipped to deal with his mental and motor delays, and other health issues such as seizures and respiratory problems. However, as she was working with the early intervention specialists at the hospital, she was informed of Your Child's Place.

It has been a little over a year since Erin brought Hendrick to Your Child's Place and in that time she has seen him achieve milestones which were not expected so early. Hendrick has Physical and Occupational Therapy three times a week and as a result he is not only sitting on his own, but can scoot and propel himself across the floor. He displays an active interest in his toys, and engages in non-verbal communication. Erin expresses her gratitude to the skilled nursing staff at Your Child's Place and the therapists at the Early Intervention Children's Therapy Center. She says, "I didn't think it was possible with Hendrick's condition, and my wanting to protect him; but I trust the staff at Your Child's Place completely. It is because of Your Child's Place that I have been able to continue working with the assurance my child is in good hands."