34   people have liked this story. 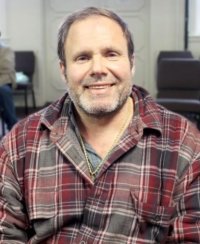 As a child, Pete started to consume alcohol when he was just six years old. He was a curious child and spent a lot of time at his grandparents home while his parents worked. His curiosity led him into trouble when he started sneaking beer from his grandfather and father. He liked the way beer tasted and especially how it made him feel. Eventually Pete's grandparents discovered what he was doing and scolded him fiercely for stealing and drinking.

Pete's parents divorced when he was eight years old and he and his mother moved in with his grandparents. Pete had a close relationship with his grandfather and when his grandfather became ill and passed away, Pete was heartbroken and didn't know how to deal with the pain. He became very anxious and depressed. Pete remembered the feeling he got when he drank beer and started using alcohol to take away his pain.

Pete continued sneaking beer when visiting his friend's house and started experimenting with harder liquor by the time he was thirteen. He drank all through his high school years. His mother and father warned him that he had a problem but he didn't see it that way. He was an above average student and made decent grades in High School. He graduated and went to Duquesne University. He commuted from home, but would frequent the bars and drink at school parties. He was hung over a lot and started experiencing blackouts. Pete says, "I definitely had all of the symptoms of alcoholism back then."

In 1993, Pete met his wife and got married a year later. Marriage was good for him and his drinking slowed down for a while. He and his wife had three children, a nice home, and a good family life. But in time, Pete went back to his old patterns of getting drunk and blacking out. His wife and kids tried to help him, but nothing worked.

By 2008, he had stopped working and started living with friends. He lost all interaction with his wife and children. The problems continued to pile up in the following years. At the age of 41, he was diagnosed with cirrhosis of the liver and was in the last stages of liver disease. By 2010, he weighed over 300 pounds, was yellow with jaundice, and had ascites disease. Even with these serious alcohol related illnesses, Pete continued to drink up to a case of beer a day.

In 2010, Pete developed a hematoma in his right knee and thought he was going to lose his leg. Pete was admitted to Ohio Valley Medical Center in Wheeling, West Virginia to be detoxed from alcohol. Miraculously, the doctors were able to save his leg and Pete stayed alcohol free for the next three years.

But in 2013, Pete started drinking again. Within 40 days, he had received four DUI's and spent 11 days in jail. Pete went to Mercy Hospital Detox Center and from there was taken to a homeless shelter in Pittsburgh. At this point, realizing that he was homeless, he cried out to the Lord for the first time because he wanted to stop drinking and start recovering.

Pete found his way to the Greenbriar Treatment Center - The Lighthouse for Men where he began to learn about recovery, and was later referred to the Washington City Mission. Pete recalls, "I came to the City Mission in June of 2014. The first couple of weeks were rocky for me. After a few weeks I broke down to the Lord. I needed his help."

With his counselor, Leroy Harris, he began to work through his obstacles and view things differently. Pete started to attend other classes at the mission to grow in his faith and in his recovery. He shares, "Pastor Leroy helped to light a fire in me to read the Bible." Another counselor, Paul Smith, led a discipleship class that taught him he should always make time for God in his schedule.

Pete was recently hired by the City Mission as a Resident Support Specialist in the men's shelter. There he's able to lead daily devotions and provide encouragement and a listening ear. He says sharing his faith keeps him in the twelfth step of AA – "Having had a spiritual awakening as the result of these steps, we tried to carry this message to alcoholics, and to practice these principals in all our affairs."

He goes on to say, "Every day is a new day to experience strength and hope. I've been restored to independent living. I love my job. My gratitude goes beyond recognition for the Washington City Mission."