A Home for Mack

40   people have liked this story. 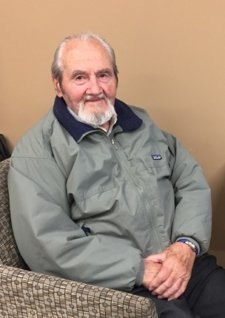 Eighty nine year old Mack is a typical example of his generation. He's responsible, humble yet proud with a strong work ethic; committed to family, community and country. And like so many of his peers, fiercely independent.

Mack has lived alone for well over twenty years since his wife passed away. He spent most of his life in Washington County except for the years he served in the US Army during WWII. "My mother didn't want me to join the military because I had a job at the glass factory and I helped support the family." But in May of 1945 when Mack celebrated his 18th birthday, he signed up anyway and went to Camp Wheeler in Georgia. Fortunately for Mack the war ended a few months later. The Army put Mack to work at Ft. Benjamin Harrison, Indiana in the Finance Department where he helped distribute soldier's pay as they were discharged back to civilian life. It was good training for Mack and instrumental in landing a position with RCA Victor Company when he returned home to Washington County.

Back in his hometown Mack spent his life doing the things he loved. Working, volunteering at his church, helping family members and performing as a magician. "I saw a magician in a movie when I was four years old and immediately became interested." Mack is a self taught illusionist and learned everything he could through reading books about the subject. He became quite a celebrity around Washington County and even across the country. "Locally I performed shows at shopping malls and traveled to all of the states except Alaska."

Until recently Mack was still driving his late model car around town stopping at the grocery store to pick up a few items and an occasional visit to the doctor. He lived alone and took care of himself. A few of his relatives keep in touch by phone but Mack doesn't like to bother them because he states, "they have families and problems of their own." Mack's good friend Dave looks in on him now and then. During a recent visit Dave noticed that the house was cold. After investigating the situation, it became clear the furnace was broken and the fuses were short circuiting. It wasn't safe for Mack to stay in his house. Dave insisted that Mack leave with him, and of course Mack resisted. But Dave didn't give him an option. Because he had nowhere else to go, Dave brought him to City Mission where he was able to move right into an open bed in the Veteran's dormitory. The other men welcomed him as the resident grandfather. These days you'll find Mack sitting at the table reading the newspaper, content to be in a warm, safe environment surrounded by people who care.

The program staff is working with his unique circumstances in cooperation with the Department of Aging to find a solution to Mack's situation. Until then, he is enjoying the camaraderie with the other veterans. He offers advice and moral support to all of the men in the shelter and notes that, "Lack of hope is the biggest hurdle to overcome." His eyes filling with tears, he said, "I feel like I'm needed here."

This spring Mack will celebrate his 90th birthday. He laughs and says his plans for the future are to return to his home and live to be 110 years old, with some assistance of course!

City Mission is able to provide temporary residence for veteran's facing a crisis in housing and other life challenges. We look forward to the completion of the new Veteran's Residential Facility in the coming year so we can better serve those who served us.